Trolling or How Using the Word "Spamming" Almost Got Me There 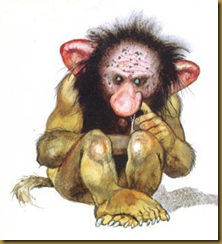 If you’ve been involved with social media for any length of time, or with forums or UseNet groups, you’ve probably heard the phrase “Don’t Feed the Troll.” In it’s most general sense, it can mean “don’t engage with an obnoxious individual.” Seems simple enough on the surface and it’s a rule that I haven’t had an issue with, until recently.

A posting of mine, on a popular social media site, got a comment that caused me to have a visceral reaction and I came within keystrokes of violating Wheaton’s Law. I don’t feel great about. As a matter of fact, I felt a little sick. First, that I allowed this individual to have such control and second, because I know better; I really do. You probably need a little more context.

Like my profile says, I’m an amateur author. That means I write, but I don’t get paid. And like many amateur authors, I like to meet with peers and trade information, discuss approaches, celebrate victories and be envious of others’ success. You know, normal stuff. To facilitate this, I joined a writer’s group/circle/list at a major social networking site. Things were going along great. There was (and is) a lot of support and encouragement and a genuine sense of community, virtual though it may be. And then, I posted.

I subscribe to a few RSS feeds for writers. Three particular articles on this fateful day caught my eye and I decided I would share them individually with my online writer community. I posted them in under a minute and playfully added in the final post that I was “done spamming for today.” That was my first mistake, assuming that my humor translated. As it turns out, not so much.

“Paul Ellis, a small suggestion, but an important one. As a writer, you should care about your word choices used not just in your writing but in these [REDACTED] posts. If you use the term “spamming” to refer to the actions you take with this [REDACTED], you are shooting yourself in the foot. If you believe you are adding value to this discussion, choose your words more carefully.”

My initial reaction just about took the top of my head off. “A small suggestion?” Hardly. There are too many passive-aggressive imperatives for this is be a small, single anything, let alone a suggestion. According to the poster, I’m not actually a writer because I used a word this individual didn’t care for. Consequently, my posts have no value. Seriously? What you came away with from my three posts was the word ”spamming?”

It took longer than I cared to admit, but I finally calmed down. I was close to violating several very important rules:

Assuming positive intent turned out to be almost impossible. Spamming is apparently a hot-button word for this individual and clearly they believed they were in the “right,” especially since they called me out publically in the group/circle/list like that. If the intent was to express concern, couldn’t that have been handled privately, in an email? (Yes, mine’s widely available.) That way, a private dialogue could have occurred. The word choice is a bit worrying as well; “you should care … If you believe,” the implication being that I either don’t care, I’m not really a writer, or both. This wasn’t about my word choice; it was about this individual being “right.”

My sense of humor is like coffee, an acquired taste. Some people don’t like it; others can take it or leave it; some others love it. I’m not going to please everyone. It would be like forcing my kids to like eating turnip greens. I may get them to eat it, but I can’t make them like it. In addition, humor is highly subjective and doesn’t readily translate in the e-medium. I knew all of this, but posted the “spamming” comment anyway. I have no one to blame for that except myself.

I didn’t realize how personally I was taking my role as a writer until this opinion-poised-as-fact crossed into view. Never underestimate the power of a visceral reaction. If I come away with nothing else from this experience, I now understand writing is very personal to me. I will need to grow a thicker skin and not over-react.

I was incredibly angry. That alone kept me from responding. I had a whole host of snarky comments ready to rip and tear, but my rational mind finally stopped me. Nothing good can come from this. Which leads nicely to the my next observation.

Sometimes, it’s just not fair. It’s a hard lesson to re-learn. After all, I thought I knew it already. But, my pride was stung and I got all wound up about something I cannot change.

It’s not the solution every time, but sometimes it’s better to just walk away.