Hi and Welcome to the New Spot! 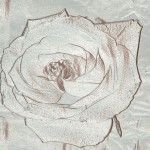 For those who followed me on my previous blog,”It was a Dark & Stormy Night,” look forward to the same general brand of silliness with a bit more emphasis on writing. If you didn’t follow me, no worries. I have imported the bulk of the posts from my previous site so there will be some continuity. Or discontinuity, if you prefer.

I waxed a bit maudlin in my final DSNite post, but, so you don’t miss anything, allow me to render it all down to the basic parts:

Truth be told, I’m a little embarrassed with myself. For the people who know me IRL, there is a realization that takes some doing! Apparently, I’ve been embarrassing other people so long that I was due to do it to myself. Go figure. Anyhow, mistake made and recognized; let’s be about addressing it.

When last I pontificated, I had many irons in the fire, in various states of heating, and none of them done. Fine! We’ll start with that. Way back when (May-ish 2008) I began a novel with the working title The Order of the Silver Rose. First order of business (yes, I intended that); finish the novel.

At present, I am a little more than halfway through the initial draft.If I can clock in 1000 words (about an hour of uninterrupted writing) a day, I should be finished in 45 days. Let’s call it two months, or the beginning of June at the latest and by beginning I mean June 1st or 2nd. To do this, I’m going to need some help.

Over on the right, there is the Projects widget. Eventually, the title will link to a Project Page with the elevator pitch, the back-of-cover blurb, exciting fan art … maybe not the last bit, but you get the picture (yes, I intended that, too). Watch the meter. Or not, but I’m going to assume at least three eyes on it and furious type for at least four or five days.

In the meanwhile, I’ll finish cleaning up the site and making it in general more presentable. I was going to launch the new site on April 1st, but when I thought about, I concluded no one would take it seriously. Then, on April 2nd, I realized I had made a mistake. *Sigh*