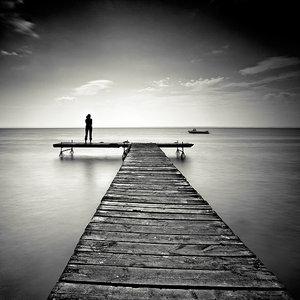 My love affair with writing started in my 11th grade English class, with an F-. Yeah, you read that right, “eff minus”. And, as it usually is with things of this nature, the grade was entirely my fault, not that I could convince my father of such a thing.  He and my mother arranged a parent-teacher conference with Mrs. Jaffe, purveyor of said grade.

“Well,” she replied. “His test was insulting.”

It was, no doubt. Every day for six weeks, she waited on me to live up to my potential, and each day I waited for her to give up. I earned every bit of that F minus.

What I didn’t know at the time, Mrs. Jaffe had been asking around about my work from my 9th and 10th grade teachers. She knew what I could do and she wasn’t going to accept anything less. Once she clued my Dad in on my slackage, my holiday was over. I passed her class with an B. It wasn’t easy; I had dug a big hole. Now, her creative writing class my senior year was another story (several, actually), and I was published in the annual school magazine. She wound up being my favorite teacher in high school. Weird, right?

Unfortunately, I allowed college to beat all the creative writing mojo out of me. I mean, I was going to write, I just needed … and then, after I finished the other thing, I would … when I get back I’m going to … And so it stayed for more than two decades.

I learned two things (other than the obvious and painful life lessons) from this:

I don’t know why I waited (actually, I do, I just don’t like to admit it). Don’t get me wrong: writing is work, but it’s *fun* work. And, it is far easier to continue writing than try to rekindle the creative flame.

Okay, okay, I can’t stand it anymore. I’ve got to tell someone! So, I’ve got this short story out and the waiting is killing me. Actually, I think the family might prefer my death to my moping around, moaning and wailing about not hearing from the editor. Because, of course, he should, like, get to my story first, right?

I can’t speak for other writers (and yet I’m going to anyway), but this sense of anticipation is akin to a kid’s at Christmas. You fidget, you pine, you invent colorful swear words in Klingon. Anything to break the monotony of not knowing how your work was received. But, mostly what you do is wait. You do it because the waiting is so seductive.

You can multitask while waiting and watch TV, or surf the internet, or hit Facebook and Twitter. All waiting requires from you is the commitment to do anything else, or nothing at all.

Waiting is insidious and wily. Parsec Finalist Paul E. Cooley of Garaaga’s Children and DRS fame remarked one of the biggest mistakes he ever made was to stop writing and wait to hear back from a publisher after he submitted story. Why? Well, I have some ideas (which means he told me, but I’m going to add a bunch of my own stuff).

The Myth of Preparedness

“I want to be ready to dive right in when the edits arrive.”
The operative word here is “when.” What does “when” mean? It is gleefully non-specific, and ripe to be exploited by the nefarious waiting monster. With this, you can satisfy your conscious and still not get anything accomplished. I mean, you’re getting ready to do something. That’s the next best thing to actually doing it. Right?

One huge, blistering problem with this is your editor probably isn’t on the same schedule as you, and while you wait, precious time ticks by. Writing is like exercising; if you do it daily, it isn’t nearly as hard to do as when you skip a couple . . . months. So, don’t wait. Your edits will get there when they get there. In the meantime, BIC and head down.

The Sweet Promise of Acceptance

“I don’t know that I want to start anything else until I find out if this editor likes my work. After all, I don’t want to waste my time.”
This is probably one of the silliest and most self-indulgent mewlings I’ve ever heard. How on earth is practicing your craft ever a waste of time? Do you truly believe that you are only allotted a set number of words and after they are gone, well, you’re done?

Yeah, this is the “I’m going to protect myself from hurt when I’m told my baby is ugly” defense. First off, quit believing your work is no good. Just because one or twenty editors pass on it, it is not a value judgement of you as a writer, it’s a decision on a cultural fit with the editor’s brand. Yeah, I know, I keep telling myself that, too. And what’s this business about not starting something new? Ideas are like avocados. They need constant attention to develop, and don’t travel well over time. And they bruise, and then the bruise slimes off. But I digress.

Follow that idea. Get the basics on paper. That way, when your edits come in, you can always go back to that idea later.

The Seduction of Slack

“I’ve worked really hard and sacrificed a lot of my free time on this. I deserve some time away.”
Ah, narcissism! Now thou raise thy coiffed head. I love this one! I use it all the time, and I’m not even a member of the trophy generation. What I deserve? How about what I’m going to get? A great big, large, round-amount of nothing.

Oh, I may get that time off, but I’m deliberately dulling the finely honed edge of, not only my writing skills, but more importantly, my desire to write. I mean, really, Writer’s Block isn’t so much about an inability to write as it is an unwillingness to write. What better way than to convince yourself you deserve to accumulate slack. “I just can’t find my muse,” sounds so much classier than, “I just can’t find my motivation.” The former is tragic (with attendant sympathies), the latter is pathetic (with accompanying derision). Don’t fall prey to the temptation; just say “NO” to slack.

I’ve had to fight all three of these. I’ve written about the Magic Spreadsheet before, but truly, I don’t believe that I would have made it past ninety consecutive days writing without it. I’m fairly certain the obligation to keep my streak intact as all that kept me writing after my submission was accepted. (“C’mon, it’s just 250 lousy words. That’s like 15 whole minutes! Besides, you’ve already seen that episode of ‘Call of the Wild Man.’”) For some reason, I equated my submission’s acceptance to the finish line. Shoot, this publication process is barely out of the gate.

Now, instead of waiting, and accomplishing nothing, I’m at least producing a little output daily.  Don’t get me wrong, I treasure the anticipation, and revel in the excitement. But, I’m trying (with varying degrees of success) to channel all that pent-up energy into creative endeavors; I believe I will get a lot more out of it.

Writing is difficult, but the waiting is the hardest part.

How do you keep from falling into the hopeless pit of “waiting”? What do you suggest to those writers sinking in the quicksand? We love hearing from you!

This post originally appeared October 7th 2013, at the Wordsmith’s Studio, who have generously granted permission.