Reblog: So We Can Learn to Pick Ourselves Up … 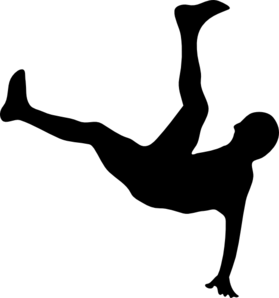 That’s how many days I had consecutively written more than 250 words per day. 242. And then, I fell down. (Figuratively, of course. I didn’t break anything but my pride.)

Seriously, I didn’t think it was that big a deal until I failed to do it, and once I stopped it took 12 days to start again. Unbelievable!

Funny thing, when I looked at the breadth of my writing over the past 242 days, the majority of it really didn’t amount to anything; almost as if I had been marking time.

I’ve talked about The Magic Spreadsheet before, the community of writers striving to write at least one page a day (about 250 words) every day. When I began, it was very helpful in establishing the habit of designating 15 minutes or so a day just to write. I had a plan, I worked the plan, and I got results … for a while.

The scheduling worked out great while I was writing The Winds. After that, slowly but surely, I began to miss my window to write. I had worked myself up to a hour, every evening at 9:00. Then, I’d be a little late, 9:15 or 9:30. By the end, I’d race the clock, often times beginning at 11:45pm, and regurgitate prose onto the page as fast as I could, quitting at midnight and hoping the word count topped 250. Or, I would count blog posts and documentation I’d generated at work into my word count.

By the time I finally crashed and burned, I had long lost sight of the spirit and intent of The Magic Spreadsheet. It had become a grind that had to be done so I could tick one more day off and feel good about my long unbroken streak. Other than adding that additional day, what had I accomplished?

What kind of Writer Am I?

After I had come to the realization that I am a hyper-competitive moron, I took stock of my situation. I was competing for the sake of competition, not towards any genuine writing goals. I figured that made me a hack, not a writer. I was generating content to no purpose, other than vainglory. What did I want to accomplish? Fame? Money? Recognition from my peers? If I could only choose one, what would it be?

I like to tell stories. I can’t help myself, I’ve been that way all of my life. When I was younger, if I didn’t have an audience I’d wander around the woods in my back yard telling stories to myself. Hour after hour, wearing a path into the grass. I’m not sure I should have told you that, it sounds creeper out loud than it did in my head. At any rate, I’m a storyteller. Since I’m going to be telling these stories anyway, I might as well get paid for it. That is my deliberate goal, to write commercially.

Selling Out or Getting Up

It’s not that I don’t believe I have a great American novel in me … well .. I suppose that would depend on your definition of great. It’s more that I’m choosing to gather more life experience before I unleash said book on an unsuspecting world.

I have been noodling around for six years or so, dabbling in prose, and flying by the seat of my pants. Writing has almost been an incidental byproduct of the process. My “fall” has showed me, in a very real way, that I need to be more deliberate in my writing, more intentional. It isn’t about hitting word counts or consecutive days writing. It is about producing genuine content.

I am in the process of wrapping up Project Blackford, so this time next month I can tell you more about that. After Blackford ends, I’m taking a long, hard look at writing a serial novel. It’s in the planning stages now: the plot, the characters, the frequency of publication, etc. I believe I have that much story in me, but if I fly off without due consideration, I will fail, again. And, of course, I’m going to want to sell it!

So, what have I learned from all this? Well, I’m going to fail. There’s no way around that, but I do need to recover quicker and not wait 12 days before I declare that I have learned something. Odd and cliche as it sounds, when I fall, I just need to get back up, dust myself off, and try again.

This post originally appeared March 3rd, 2014, at Wordsmith Studio. They have generously granted permission for me to repost this article.